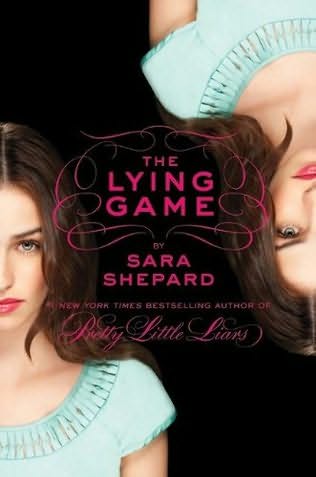 I’ve been dramatically failing this year. I’ve been trying to read, but I just haven’t been able to finish a book this year. I’m gonna keep trying and hopefully I will have more book reviews for you coming soon!

This is the first book in The Lying Game series. There is a book that is written a little further into the series that covers the first lie, but I may get to reviewing that book later. If you haven’t read the book or seen the tv series here’s the low down: Sutton and Emma are identical twins separated at birth. One day Emma is contacted by Sutton who says that after chatting for a bit they should meet in person. In the book, Emma never actually gets to meet Sutton because she is already dead when the book starts. Emma makes it to Arizona where Sutton lives and since no one knows that Sutton has a twin sister she is immediately mistaken for Sutton. Sutton’s friends and family are convinced that Emma is Sutton and after receiving a note stating that Sutton is dead and that Emma should continue to impersonate Sutton, Emma is trapped in the town. As Emma continues to live in Sutton’s life she discovers that there are many secrets between friends and family and that she doesn’t know who to trust. Emma decides after a talk with Ethan on her birthday that she wants to find Sutton’s killer and figure out what really happened to her.

The book ends a slight cliff hanger with Emma blowing out her 18th birthday candle wishing and hoping that she can find Sutton’s killer. I’m really dying to know what happened to Sutton and who her killer really is because even the tv show ended on a slight cliff hanger. I was surprised at how fast this book read and how I much I wanted to keep reading even though I was super tired.

If you read this book or watched the tv show let me know, I’d love to know your thoughts. See you soon!