It has been a little bit since I did one of these posts I thought that I would give you my top 5 Oahu sites to visit on your trip here. I have received many inquiries on what I recommend people see when they come to Oahu. I could also try to do a guide by island, but that will take some work. Let me know if you are interested.

Above is the picture of the USS Missouri, which you can read about my experience here. There are so many things to see at Pearl Harbor and Ford Island that you could spend a day exploring there. I recommend this because it was the beginning and ending of WWII all in one place. There is also an aviation museum at Ford Island which is supposed to be pretty awesome. If you have not been to the USS Arizona Memorial in recent years you will be genuinely surprised by the update.

Some things to note for a visit here: While a trip to see the Pearl Harbor Visitor Center is free, you will need to make reservations to go over to the actual memorial. Reservations can be done on their website or by phone. There are also no bags and beverages other than water allowed inside the  visitor center at memorial. There are rental storage lockers available for use. Other parts of this experience such as Ford Island and the USS Missouri may have fees. If you are reading this on the day it goes up the USS Missouri is currently getting a facelift, so I apologize if you don’t get a full experience. 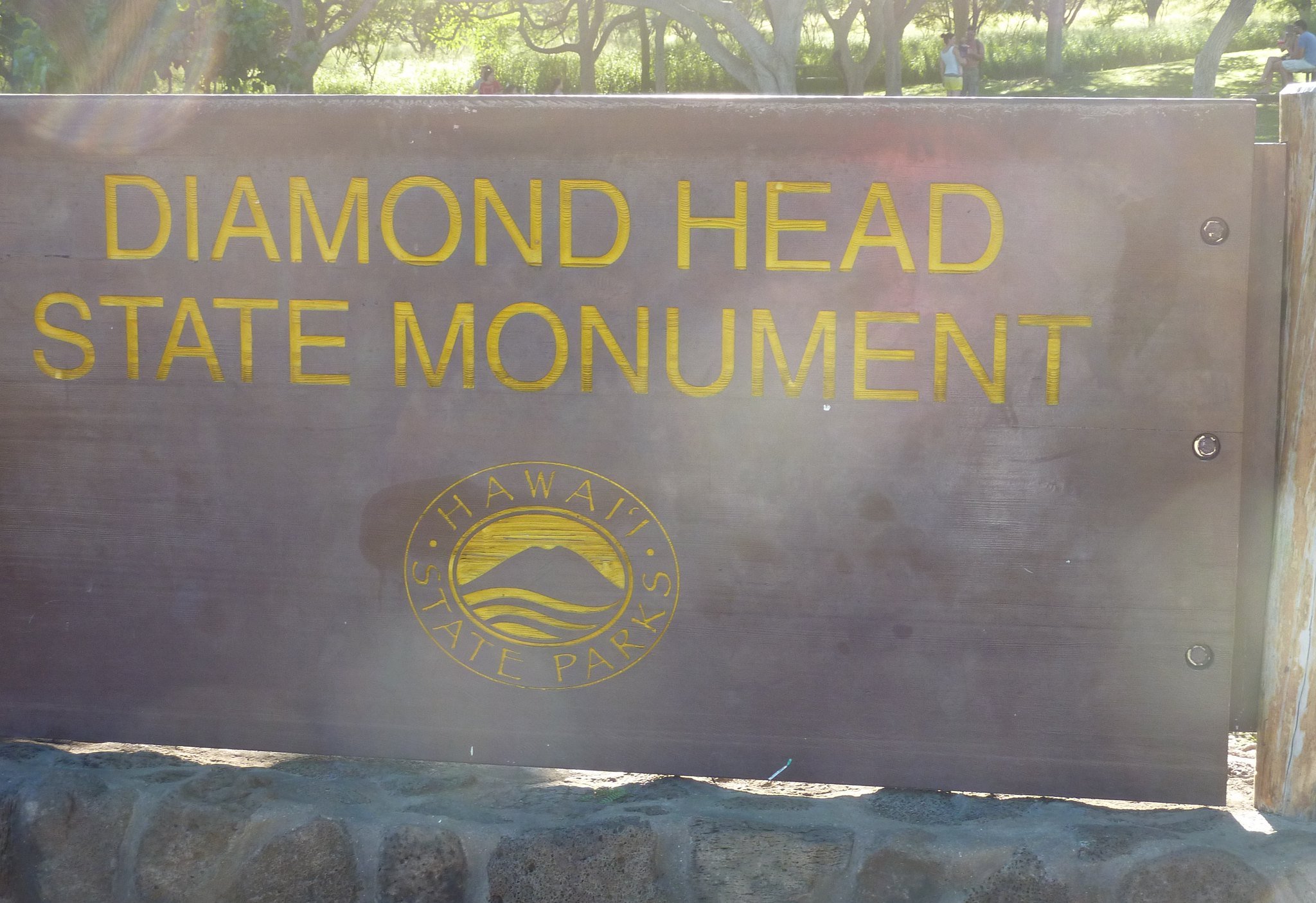 I mean how could you deny yourself a view like this?!? 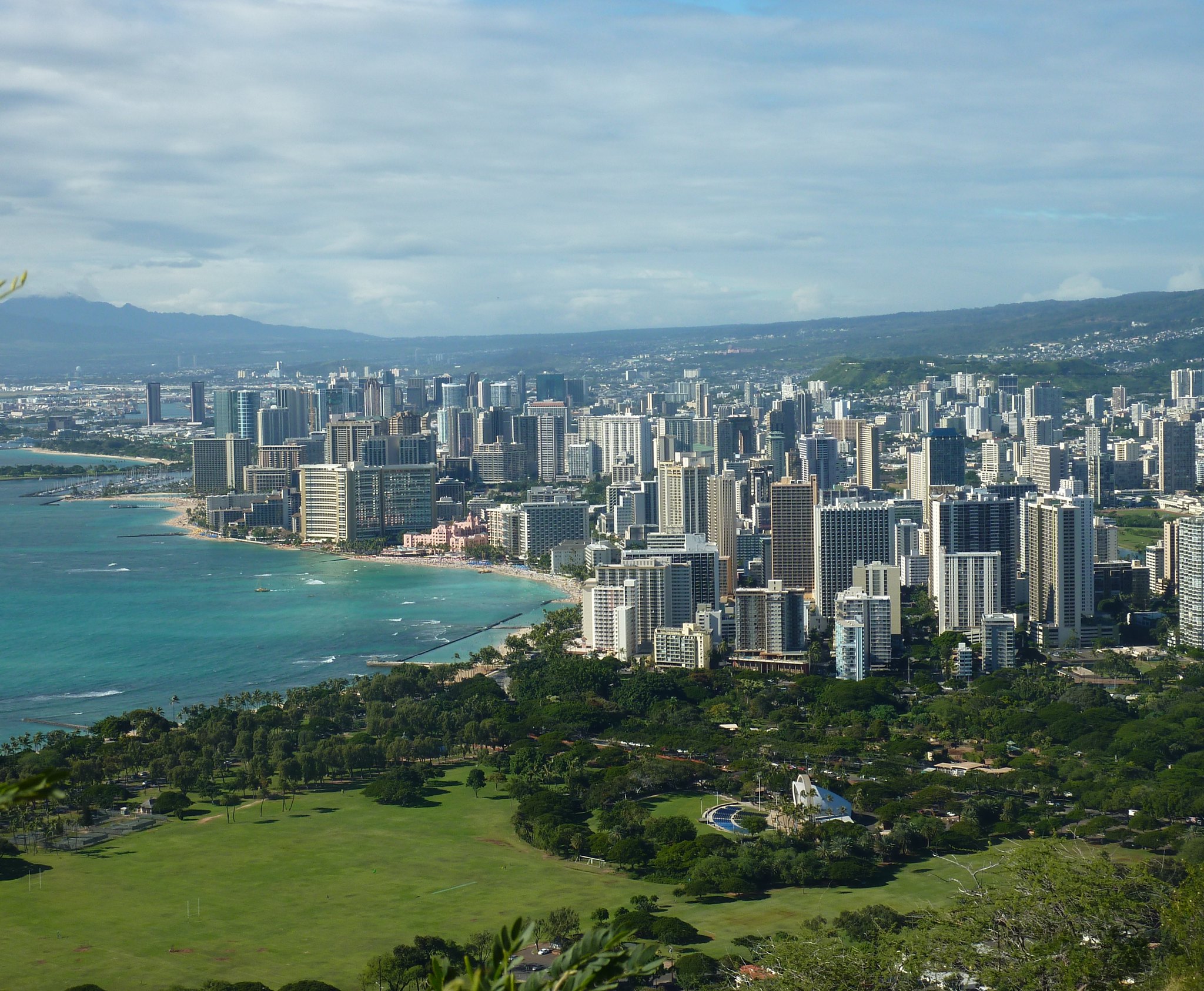 This is at nearly every visitor list that I have ever met! I also did a post on hiking it here. I have hiked it a few more times since, but I’m not obsessed with it. There is a nominal park fee, since it is a state run park, but it’s nothing outrageous. 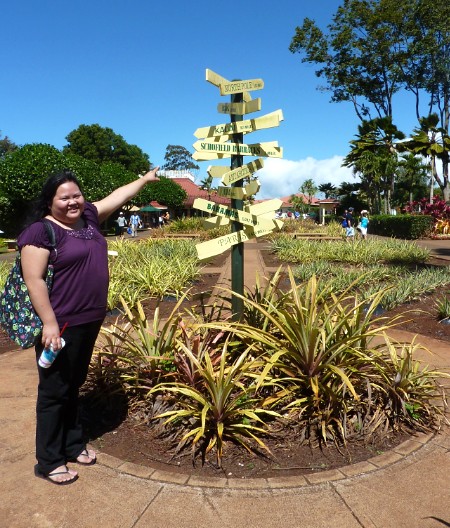 My friend Aiko is pictured standing next to a sign with some hometowns from visitors past. I did a post on our day on the North Shore which you can read here. Dole Plantation is amazing to visit since there are so many things to do. You can ride the train, look at koi fish, see varieties of pineapple grown around the world. Also you can have Dole Whip, which has grown in popularity! Definitely worth it! 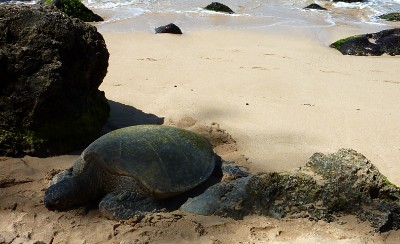 While the North Shore is known for their surf contests during the Winter Season and for the amazing waves nearly all year around. A trip to see the North Shore beaches even if you don’t surf is definitely something to check out. Giant sea turtles can often be found sunbathing at Laniakea Beach. Note: if you ever find a sea turtle on the beach, you can take pictures with it , but don’t touch it! It’s not okay to bother any sleeping animals. Sometimes the beach patrol will tape off the area with the sea turtle as not to disturb them, but in case they don’t just say you were warned. 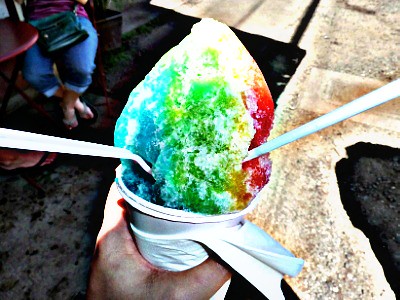 I know this last one isn’t really a place to visit. It is still something you must do! While the  recommendations for shave ice vary from person to person most of the list remains the same: Matsumotos, Waiola and Shimazu. Matsumoto’s Shave Ice is found in Haleiwa on the North Shore and has been very hyped up for many years.

Waiola Shave Ice, while being a local favorite has recently been brought to more fame since the reboot of Hawaii 5-o came to town. Waiola Shave Ice, currently has 3 locations as of April 2017, one on Waiola street in Honolulu, another in Kapahulu at the end of Waikiki, and the last one is currently in Ward Warehouse near Ala Moana.

Shimazu is a local favorite that is known for the many different choices in flavors. They have a menu they will pretty much leave you speechless. They currently have 2 locations: one in downtown, and another in Kapahulu. It’s definitely worth checking out at least to see the menu of flavors.

While this list could go on and on. I’ve tried to keep it to just five and even that was a struggle. There are always so many things to see on Oahu and some of them vary by seasons! While Oahu has a variety of ways to get around of a relatively well sized island. It’s transportation effectiveness still needs some work. If you are visiting the island and want to save money you could bring a bike your use the bus system.

Another way to save money is to plan your days out and to get a rental car for just a few days. Much like everything these days prices are creeping up everywhere, and I’ve always loved the concept of Zip Cars, but always a bit disappointed that there wasn’t an option for the islands. Lucky for me and lucky for you too, Turo has now created a way for that to happen. Turo is a company where you can rent a car for just a couple of days and for nearly ahl. There are also a number of cars at different price points to choose from like a Ford Aviato, for more wilderness treks. Check out Turo’s rentals page to see if there’s anything available in the area you are going to.

*Turo contacted me to do this post, but the opinion expressed in this post is my own.