There is still trouble concentrating at work although there are only a couple of days of the Olympics left. Apolo Ohno is absolutely amazing! You should see him skate and if you haven’t caught his twitter posting sometimes amazingly inspirational. Shaun White domminating on Half Pipe was way cool. I wish I could have caught all his interviews, lol! Louie Vito up and coming Half Pipe Champ way cool  and way to represent. Evan Lysacek is amazing and remaining extremely cool despite the junk flying around after his win. I could go on and on about the Olympics, but perhaps I’ll save that for another time. My family is making me feel weird about the whole thing because they aren’t watching the Olympics at all, its as if no one cares. It’s just another day in the sporting world, has it really come to that?!? 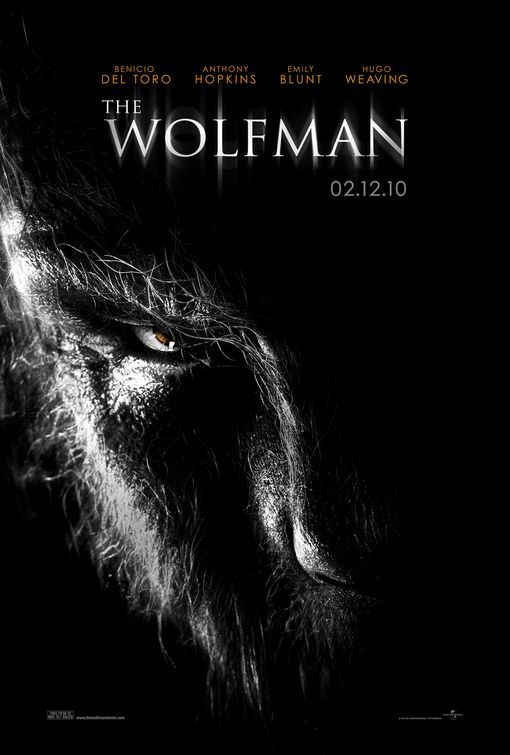 Wolfman. Yes, I’ve begun to be able to sit through scary movies. I’ll admit I’m still not good at scary movies but at least I sat through it. I’m building my confidence slowly and it grows everytime I see one. Wolfman was good. I think it was my first Benicio Del Toro film and I can honestly say that he’s amazing.

Maybe another post about random goodness to come soon….Look for it 🙂 In other random news, I’m still working on my sacrifice for Lent which apparently I have failed for the past 2 days. Guess this just gives me more motivation to get back on the wagon. There is good news though, I’ve lost 3lbs which I didn’t want to report at first because I thought it might be a fluke but since it is the second day the scale has read the same thing I’m gonna take it as a sign. Here’s to more good news and more juicy goodness to come!