Today’s movie is Most Likely to Die. 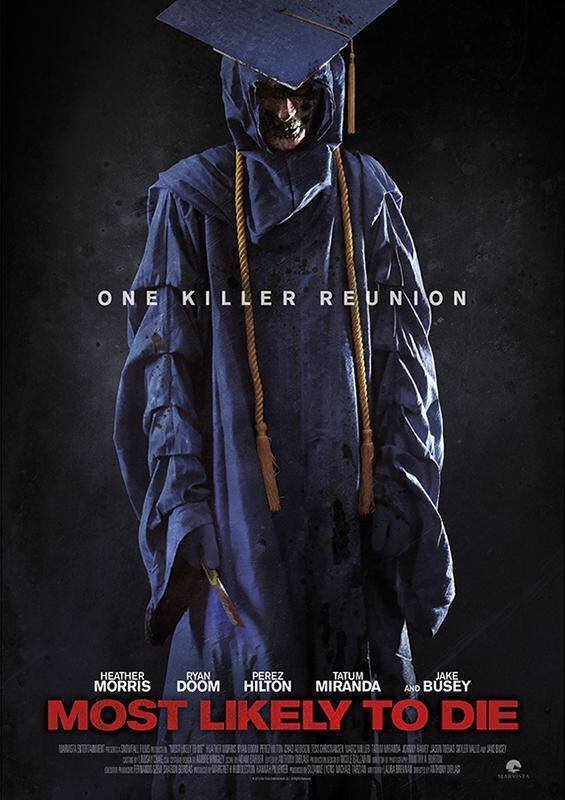 This movie was another one that showed up in my Netflix suggestions. Netflix, I have my eyes on you now! However, this movie was actually pretty terrifying for the gore factor and for the spooky factor.

Here’s the rundown on the movie: a group of 8 friends decide to have a pre-party before their actual 10 year reunion. Yes, in this day and age of digital revolution we still have to go through the motions of attending reunions. Many of the group had not actually seen or spoken to each other since the day they graduated high school even though they are friends via the latest social media. The pre-party reunion takes place at a house in nowhere California, pretty close to where the high school was. As the friends reminisce they lament about having one of their classmates expelled during their senior year and so begins the killing of each of the friends under their superlatives. Even a few innocent bystanders that tagged along to the party were killed in the process. The ending had me tripped up and there’s a part of me that’s dying to know what happened at the class reunion.

I will keep to my promise and not spoil this movie entirely. So as I mentioned this movie is actually pretty terrifying and bloody. It will definitely have your horror radar on. Don’t forget to spot the Perez Hilton cameo. I didn’t recognize him in the movie. Though there is a specific ending to this movie, there was also that element of a slight cliff hanger after the main characters depart. I’ll just leave it at that. I definitely recommend watching this movie, it got me pretty gored out and not looking forward to my high school reunion in a couple of months.