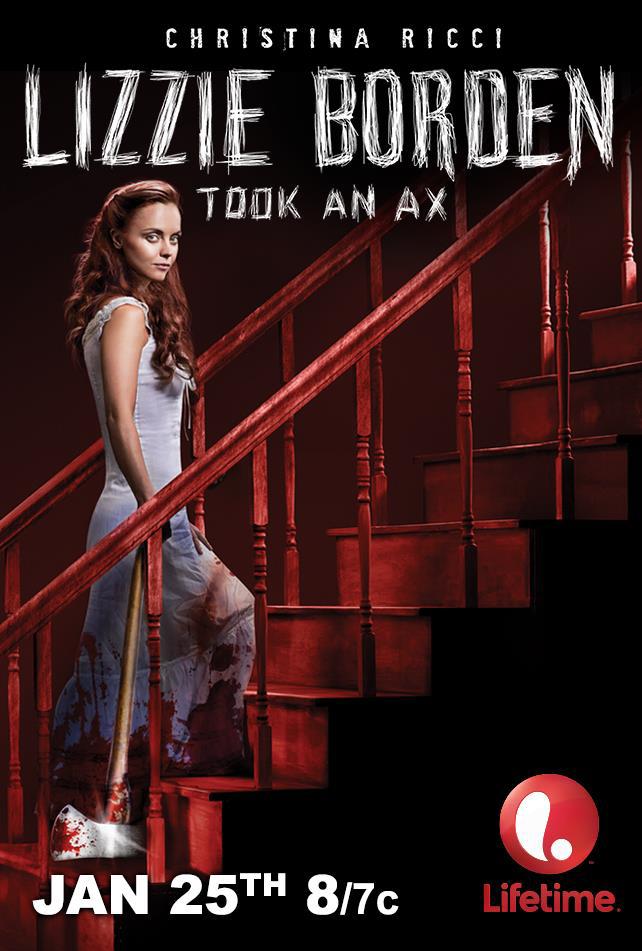 I had no idea that this was a Lifetime Movie until I pulled up the movie poster to write this post I swear! As in my reviews as of late I will try not to spoil the whole movie for you, though I am sure that you are heard of Lizzie Borden or at least heard her nursery rhyme.

This movie is a newer retelling of the Lizzie Borden story involving the 1892 murders. In this version, Christina Ricci plays Lizzie Borden. The movie begins a few weeks before the actual murders and shows the dynamic of the Borden family. The movie opens with the family leaving church and talking about getting over being sick. It is also in this scene you can tell that Lizzie’s father, Andrew would like to keep his daughters locked away and from running around in society. You are also able to tell that the family is doing okay, but Andrew seems to be caring quite a bit for Abby’s family. It is also within these first few scenes that you can tell that the relationship between Lizzie and her step-mom Abby is strained.The movie then touches upon the murders, the court case that followed, and the few years after the murders in which Lizzie and her sister Emma decide to stay in town.

I won’t go into too much detail on the story line for this movie because from all accounts it is pretty on par with what we know happened in Lizzie Borden’s life during this time. I did read on Imdb that the producers wanted to make it fairly accurate, so they asked some of the members of the Borden family to help with the facts. I  thought that the imagery in the movie was amazing and was not as gruesome as some other horror movies that I have seen in the past. I personally loved that the soundtrack for this movie had a heavy rock influence and that it went along with what was happening. I would recommend this movie for people to watch to get more acquainted with the Lizzie Borden story.